I shall be away for the whole of October so will not be able to process orders made at this time. Any orders made with me then will be dispatched in the first half of November.

The counted cross stitch kit contains everything that is needed to complete the design except a frame. The finished design is 142 x 84 stitches which about 26x 16 cm, is worked in double stranded cross stitch which includes quarter and three quarter stitches, and back stitches.

The kit contains 14 count sky blue aida fabric; a needle; Anchor stranded cotton threads arranged on an organiser; the design is printed on 2 sheets with shaded overlap region and centre arrows; a thread key; a print of the finished work on the cover sheet and a general sheet of instructions to cross stitch.

Lews Castle is a plain, baronial mansion built between 1844 and 1851 as a country house by the new owner of Lewis, Sir James Matheson. The mainly 3 storied building is topped by crenulated battlements and has 3 taller towers, both square and round. It sits high, overlooking the town of Stornoway, and has extensive grounds and about the only wooded area in the Western Isles. Apparently, ship loads of soil were imported to get the trees to grow on the predominantly peaty soil of Lewis.

The town of Stornoway ( or Stjórnavágr) was founded by Vikings in the 9th century. By the 12th century the Norse family MacNicol or Nicholson were Lords of Lewis and built Stornoway Castle on a rocky islet in the harbour possibly around that time. The MacLeods superseded the Nicholsons during the 15th century and in turn were superseded by the MacKenzies in 1610. Due to the MacKenzies’ loyalty to Charles II the castle was totally destroyed by Cromwell’s army in 1654. The MacKenzies sold the Island in 1842 to Sir James Matheson who had made his money in the Chinese opium trade, and consequently a second castle was built – the Lews Castle. The ruins of the old Stornoway Castle were finally destroyed when Matheson extended the pier (pier 1) which was built over it.

Lewis was sold in 1918 to Lord Leverhulme of Lever Brothers, who had extensive plans for the Island which didn’t go down well with the local population. Lord Leverhulme gave the castle and the grounds to the town in 1923 and it is now administered by Stornoway Trust and Comhairle nan Eilean Siar.

During WW2, the castle became the accommodation for part of 700 Naval air squadron operating Walrus seaplanes from the Harbour. After the war the castle was used as part of the Lews Castle College and School until the college moved in purpose built accommodation adjacent to the castle, and the school closed. The castle remained empty and derelict for several decades until Lottery funding allowed redevelopment into a museum and cultural centre with a cafe and restored ballroom (for weddings etc) with the upper floors converted into luxury holiday apartments. If you can’t get to stay there the next best thing is stitching the kit.

There are no reviews yet. 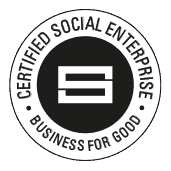